Oregano (Origanum vulgare) is a spreading perennial herb that grows wild in the Mediterranean hills and was originally used for its healing and antiseptic properties.  Of course it’s more popular now as an edible herb in all things Italian. Who can imagine a pizza without it?

Oregano is a versatile plant that can be grown in rockeries, garden beds, veggie patches or just in a pot. It is sometimes called ‘wild’ marjoram but shouldn’t be confused with the real marjoram (Origanum majorana). Oregano is closely related but has a larger leaf and stronger flavour.

There are a range of oregano varieties available which provide different growing heights, leaf colour and flavour. The good news is that they all have the same growing requirements!

How To Grow Oregano
The most common way to get started is with a nursery plant or the division of a clump from a friend. They’ll also grow from cuttings if that’s your thing but it takes longer for a decent sized plant to develop. The regular oregano (Origanum vulgare) can be grown by seed too.

Choose a full sun position that has good drainage and mix some compost and manure into the soil. Mulch well and water in with eco-seaweed. In regions with hot dry summers they’ll do best with a bit of shade in the afternoon especially the golden varieties.

Oregano is very good at adapting to its surroundings and can be quite drought tolerant once established. If you want lots of growth though they’ll perform better with regular watering as they are shallow rooted. Container plants will also need to be watered and fed more frequently.

Being a Mediterranean plant oregano isn’t so keen on wet humid summers. Give it extra good drainage and air circulation if trying to grow it in these humid conditions.

Fertilising & Maintenance
Apply some compost, manure or pelletised organic fertiliser at the time of planting and then every spring.  Oregano comes from regions which are high in calcium so we also recommend an application of eco-flo lime or eco-flo dolomite in spring and autumn. You can get away with just that but if you really want the oregano to power on then give fortnightly applications of eco-seaweed and eco-aminogro during the warmer growing months.  This will give you plenty of growth to use in the kitchen!

Cut back after summer flowering to prevent plants becoming straggly.  In cooler regions plants often become tired looking during winter.  Wait until early spring when new shoots first appear from the base and then cut the old foliage right back to reinvigorate the plant.

Harvesting
Leaves can be harvested at any time but those just below the flowers are said to have the most flavour. Fresh leaves that are left to dry will develop a stronger flavour.

Pest and Diseases of Oregano
Oregano is generally an easy care plant but watch out for the following problems which can occur: 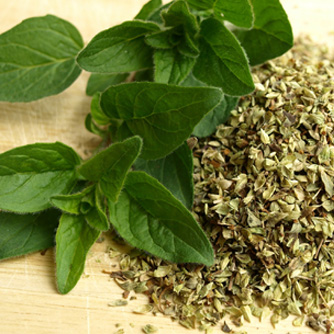 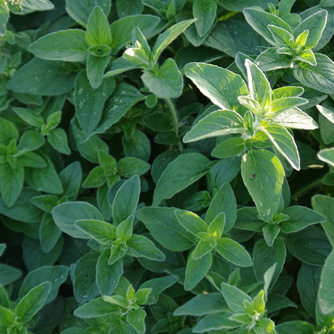 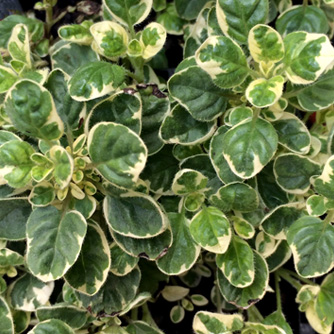 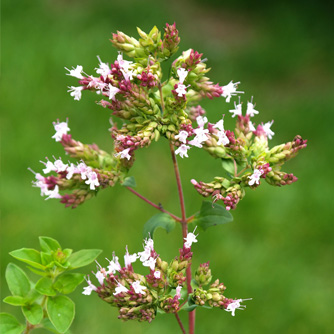 Oregano flowers will attracts bees and other beneficial insects