Scale are another sap sucking insect and come in a very wide range of shapes and colours.  Most are no larger than 1/2cm  and can be found on leaves, stems and branches.  What they have in common is that these small insects produce a protective shell or scale over themselves whilst they suck sap from the plant tissue underneath.  The sap sucking weakens plants particularly if the scale are in large numbers. If left untreated some scale types can actually kill a plant.

They can loosely be divided into hard and soft scale groups. Soft scale types excrete large quantities of “honeydew” which attracts ants and also provides food for sooty mould to develop.  This does not happen with hard scales.

Some scale are extremely good at blending in and it’s often the appearance of sooty mould that tells a gardening there’s a problem. 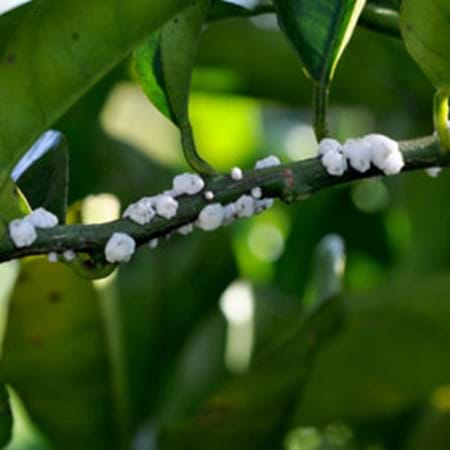 Organic Control Methods for Scale
At the first sign of scale it’s time to act.  Do not think “Oh it’s only a few” as there will definitely be more to follow! 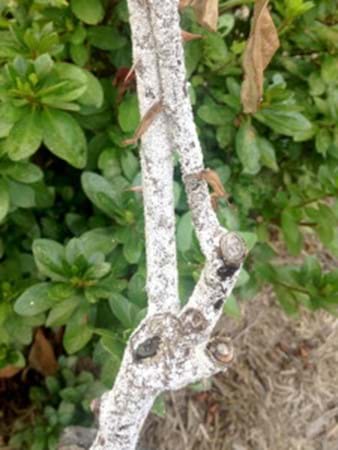