Mealybugs are an extremely common pest which suck sap from a broad range of plants. There are several different types (eg citrus mealybug, longtailed mealybug) and their feeding causes weakened growth, wilting and foliage distortion. They also produce honeydew which attracts ants and causes sooty mould to develop.

Female mealybugs are oval in shape and about 5mm long (at full size).  Their bodies may be pale yellow, grey or pink but are covered in a white waxy substance which overall makes them look whitish. Some species have longer filaments growing off their body. Males are tiny and rarely seen.  Eggs can be laid singularly or in large clusters covered with a whitey waxy substance that looks a bit like cotton wool. The longtailed mealybug gives birth to live young rather than laying eggs.

Generally the complete life cycle takes 1-3 months with several generations occurring each year. As a result it is common to see all stages on badly infected plants at the same time (eg egg mass, juveniles and adults).

Mealybugs tend to congregate in the moist and protected parts of plants eg in dense foliage, where leaves and stems meet, near buds and growing points, the underside of leaves and places where fruits touch each other or foliage. Some will also invade the soil and attack forming shoots or roots.

Mealybugs are slow moving but are commonly carried about by ants. Ants will actively farm mealybugs to ensure a continuing supply of the sweet honeydew.  They also fight off predatory insects which would normally eat mealybugs.

If left untreated mealybug numbers can quickly build up causing leaf drop, reduced vigour and even plant death.  The resulting sooty mould is also unsightly and further hinders the plant’s ability to grow as it blocks sunlight to the leaves.

How to Control Mealybugs Organically 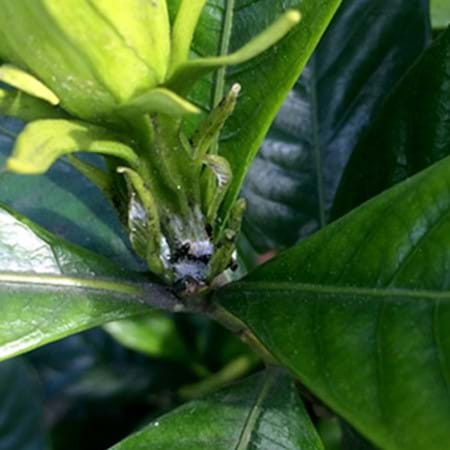 Mealybugs being farmed by ants on a gardenia 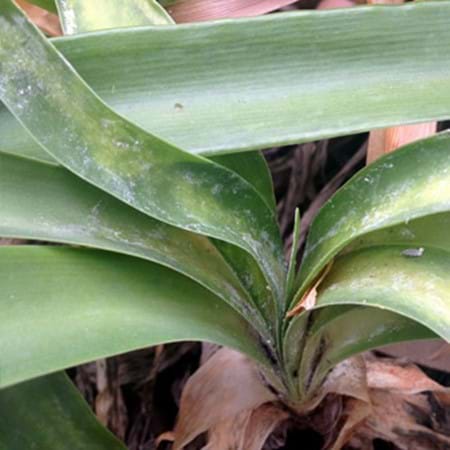 Sign up to receive our seasonal newsletter which is full of organic gardening advice and OCP news. It's free to join!

You'll shortly receive a welcome email to confirm your membership. Check your email junk box if it doesn't arrive.

We recommend you save our email address (ecoorganicgarden@ocp.com.au) into your contacts list to prevent future emails ending up in the junk box as well.

Our newsletter is sent out every few months but in the meantime you can also keep in touch via: